Part of Australia, and yet another world away….

Christmas Island is the tip of an ancient volcanic mountain rising 3000m from the depths of the ocean floor. The island is surrounded by a narrow tropical reef which plunges into a bottomless abyss. Close to the shore lies a coral reef, this extends to the edge of the spectacular drop off into the Java Trench. With Visibility often reaching 50m, divers can clearly see into the depths and admire the magnificent drop offs and the amazing forest of fan corals.

From November through to April the world’s biggest fish; the whale shark visits the island: often in large numbers. Underwater their massive bulk is a breathtaking sight. If you remain stationary these gentle giants of the deep often circle several times and can get so close you may need to move aside as they pass by. Being plankton feeders their arrival coincides with the spawning of the red crab population.

The larval stage of the crab provides a ready food source for the whale sharks. 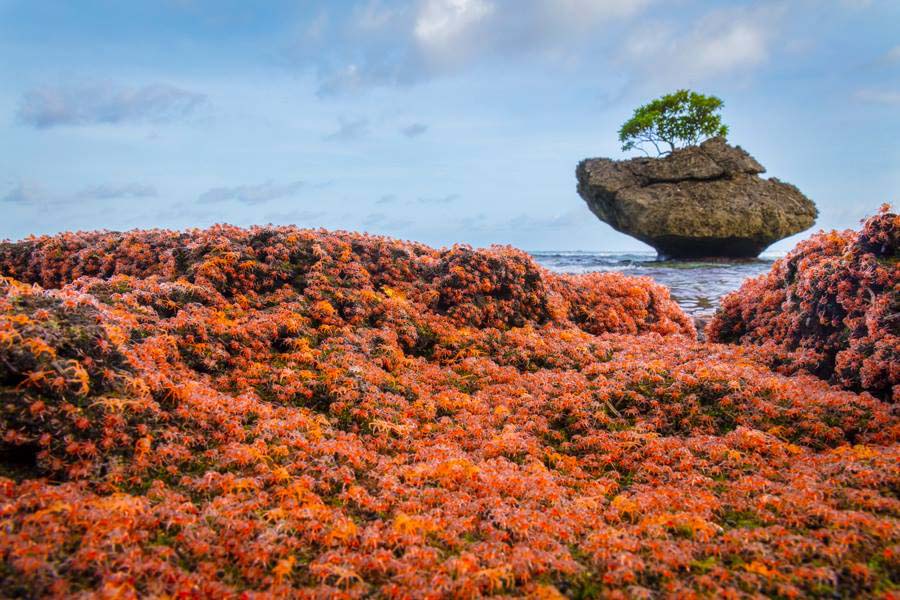 Their arrival and departure times can vary from year to year. This is an experience not to me missed. As you can imagine there are only a few locations in the world that can offer this magnificent experience.

Shallow waters with fringing reef surround the island, before plunging dramatically into the depths of the Java Trench. Caves honeycomb the limestone cliffs at sea level.

These marine environments provide a visual feast for snorkellers and divers alike.

Over 63% of Christmas Island is national parkland. Walking and driving tracks lead to many lookouts, beaches and freshwater waterfalls. It is a nature lover’s delight.

Christmas Island supports a wide range of unique and unusual species and habitats, and although it has been mined for Phosphates for much of the past century, most of the eco system remains intact.

Join us for the annual migration of the Red Crabs as they hike overland to release their eggs into the shallow of the beaches, just don’t step on any! The crab eggs can attract all kinds of large filter feeders to the area, while we dive on pristine dive sites rarely visited in this remote location. 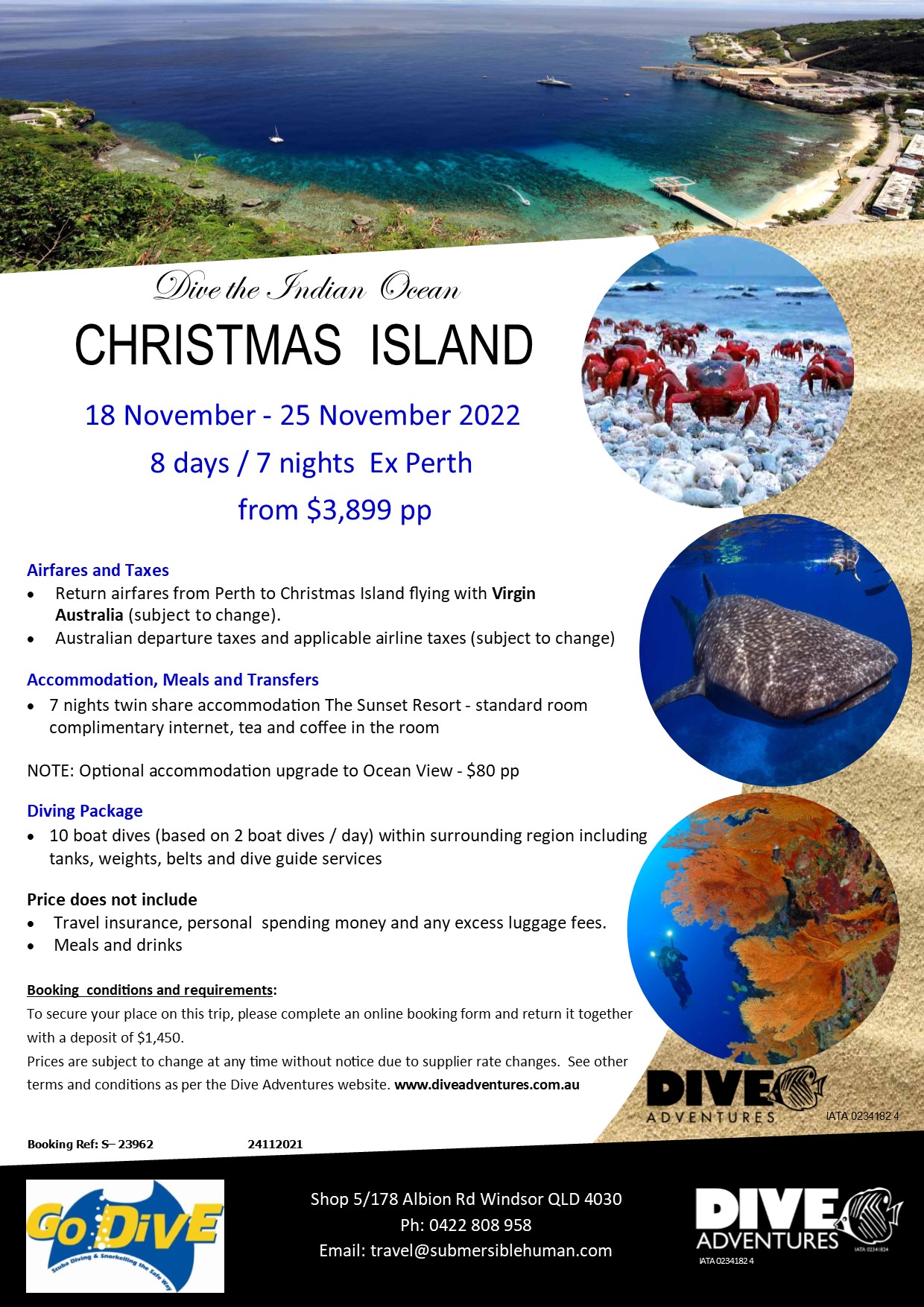